A study showing how Cool-Ox® can convert LNAPL to save non-toxic products & effectively reduce concentrations of LNAPL. 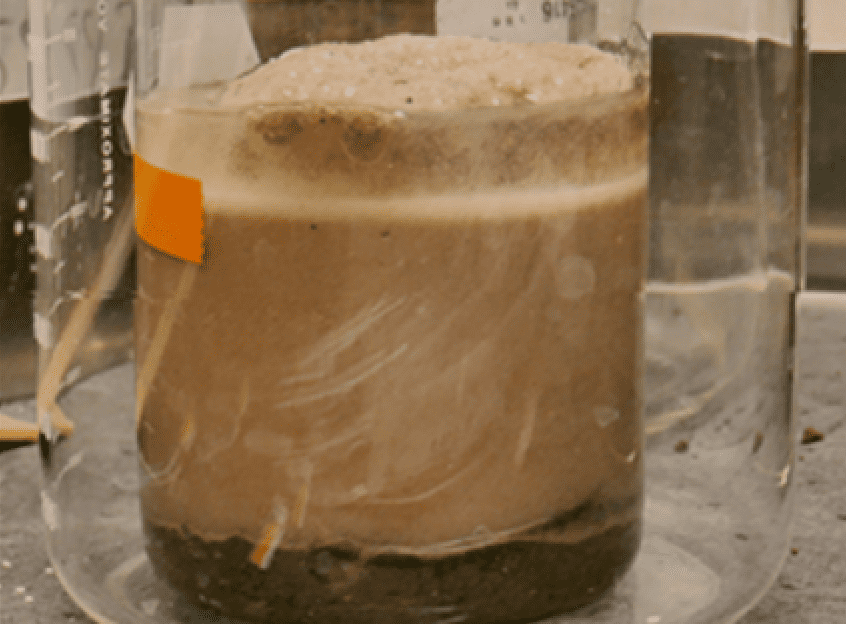 DeepEarth Technologies Inc. (DTI) has historically enjoyed high-level success at eliminating FP-LPH (LNAPL) by the application of its patented Cool-Ox® technology. While the chemical reactions of the process are straightforward, a visual portrayal of how the actual oxidation reactions proceed in-situ, are quite revealing.  While the old phrase, “it’s dark down there,” has shrouded much of in-situ remedial work in mystery, DTI is pleased to announce that we have illuminated the LNAPL oxidative mechanism underpinning the in-situ destruction of these fuel hydrocarbons.

To emulate in-situ conditions found at many LNAPL sites where a layer of product is present on the surface of groundwater, a glass demonstration vessel was prepared by first, adding approximately two (2) inches of field run soils. Water was then added to completely immerse the soils and provide an excess of approximately one half (½) inch to provide a viewing interface. Approximately one-fourth (¼) inch of LNAPL (consisting of preblended 75% GRO with 25% DRO), was carefully added to the surface of the water. Field application strength Cool-Ox® was then carefully injected into the bottom of the soil column. Since the process does not require activation, the reaction began within a minute after the application of the reagent.

Please consult the video above to track visual progression of the reaction.

In very tight soils or bedrock, production of carbon dioxide aids in transporting the reagent to areas of lower pressure that may be inaccessible to direct application. It should also be noted that the foam artifact, located at the top of the reaction media, is also transported up through the injection portals signaling (at the surface), that a significant source area has been located in the subsurface at the soil/groundwater interface. This demonstration was conducted on a Friday, and the vessel was allowed to remain untouched over the weekend. On Monday morning, it was found that only a scum remained at the top of the water phase. It should be understood that this exercise was meant only to demonstrate the efficacy of Cool-Ox® technology to remediate LNAPL. Stoichiometric dosages to balance ratios of reagent to contaminant demands were not a part of this demonstration.

Analysis of the reacted moiety in the demonstration vessel verified that a significant mass of the LNAPL have been converted to several oxidation byproducts as well as carbon dioxide gas. These byproducts include hydroxylated hydrocarbons such as alcohols and fatty acids, all of which are mild, non-toxic and very biodegradable.

It should be noted that the objective of this study was to demonstrate the efficacy of the oxidant to convert LNAPL to safe non-toxic products and in so doing, reduce the concentrations of LNAPL as well as dissolved phase contaminants to acceptable target concentrations. 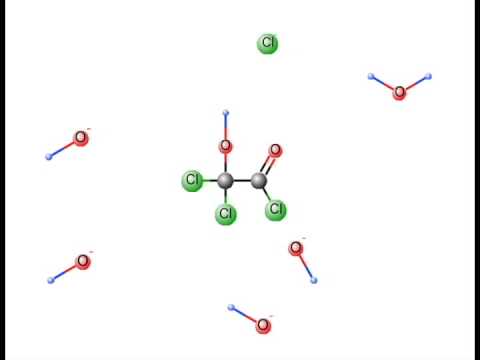 Having trouble with Methane Production (Methanogenesis) on your Bioremediation sites?

Why use a process that produces methane when there is a proven, clean alternative?
Sustainability
Chemistry 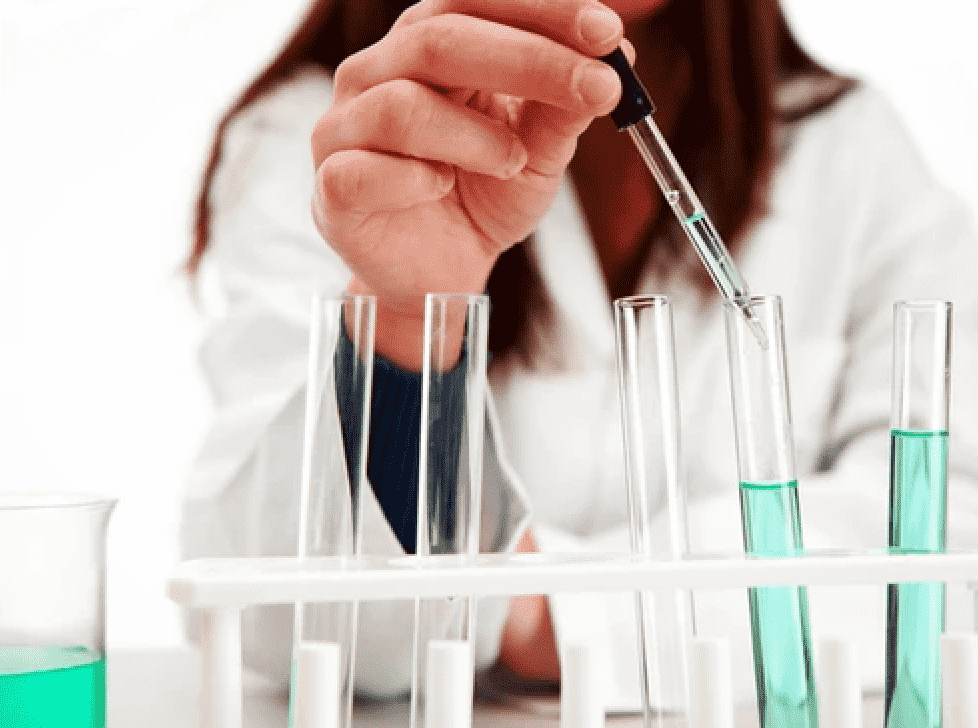 Learn how Cool-Ox® oxidized 96% and 95% of PCE & EB respectively while promoting the growth of native microorganisms.
Chemistry
Sustainability